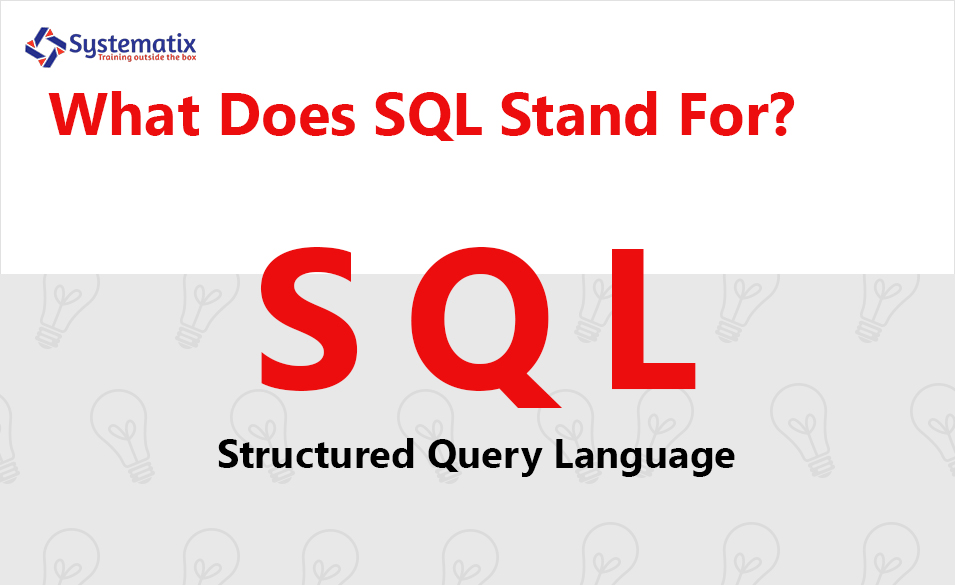 What does SQL Stand For?

The first thing you may ask yourself is what does SQL stand for? SQL is the acronym for Structured Query Language. IBM’s Donald Chamberlain and Raymond Boyce originally developed this language in 1970. Initially, the language was referred to as Structured English Query Language and the acronym was SEQUEL, but due to trademark issues, IBM was forced to shorten the name of the language to just SQL.

While the SQL language was specifically developed for IBM, Relational Software, Inc., which is now Oracle, released it just nine years later, in 1979. Since its release in the mainstream market, it has quickly evolved into the standard language code for nearly all Relational Database Management Systems. In fact, the SQL language was named the standard language by the American National Standards Institute in 1986 and by the International Organization for Standardization in 1987.

Although there are other programming languages, SQL is used by a significant majority of program designers and administrators. While the SQL language remains the standard, many companies require their program developers to include specialised proprietary extensions that are unique to their specific program. This still requires basic knowledge of the SQL language and its coding techniques.