Remote Training - All our taught courses can now be attended from any location.
Click to Learn More ››

Microsoft InfoPath is a software application and part of the Microsoft Office family for designing, distributing, filling and submitting electronic forms containing structured data. Microsoft originally released InfoPath as part of Microsoft Office 2003 suite. The software features a WYSIWYG form designer which allows various controls (e.g. textbox, radio Button, checkbox) to be bound to data, and this is represented separately as a hierarchical tree view of folders and data fields. We offer a range of Microsoft InfoPath Training Courses.

Microsoft Office InfoPath is an application used to develop XML-based data entry forms, it was first released as part of the Microsoft Office 2003 suite of programs in late 2003 and then released as part of Microsoft Office 2007. Initially called XDocs pre-release, the main benefit of InfoPath is its ability to author and view XML documents with support for custom-defined XML schema. InfoPath connects to external systems using XML Web services through MSXML and the SOAP Toolkit, and back-end and middle-tier systems can be configured to communicate by using Web services standards such as SOAP, UDDI, and WSDL. Furthermore, as InfoPath documents are raw XML, it is possible to directly manipulate the data in other XML processors. 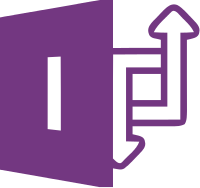 We cover a wide range of locations and could be on your doorstep.

Sorry, there are no available public classes.

Request a call back

Or get in touch

Our team are always at hand to help with your training needs.

An investment in knowledge pays the best interest